For months, fans were relegated to watching their favorite singers and musicians over Zoom or via webcasts. Now, live shows – from festivals like Lollapalooza to Broadway musicals – are officially back.

What’s behind the magic of live music?

The songs that beamed into living rooms during the depths of the COVID-19 pandemic may have featured an artist’s hits. But there’s just something magical about seeing music surrounded by other people. Some fans reported being so moved by their first live shows in nearly two years that they wept with joy.

Music as more than communication

Music is often thought of as a twin sister to language. Whereas words tend to convey ideas and knowledge, music transmits emotions.

According to this view, performers broadcast their messages – the music – to their audience. Listeners decode the messages on the basis of their own listening habits, and that’s how they interpret the emotions the performers hope to communicate.

But if all music did was communicate emotions, watching an online concert should’ve been no different than going to a live show. After all, in both cases, listeners heard the same melodies, the same harmonies and the same rhythms.

So what couldn’t be experienced through a computer screen?

The short answer is that music does far more than communicate. When witnessed in person, with other people, it can create powerful physical and emotional bonds.

Without physical interactions, our well-being suffers. We fail to achieve what the philosopher Alfred Schütz called a “mutual tuning-in,” or what the pianist and Harvard professor Vijay Iyer more recently described as “being together in time.”

at Mariusz Kozak book “Enacting Musical Time,” he note that time has a certain feel and texture that goes beyond the mere fact of its passage. It can move faster or slower, of course. But it can also thrum with emotion: There are times that are somber, joyous, melancholy, exuberant and so on.

When the passage of time is experienced in the presence of others, it can give rise to a form of intimacy in which people revel or grieve together. That may be why physical distancing and social isolation imposed by the pandemic were so difficult for so many people – and why many people whose lives and routines were upended reported an unsettling change in their sense of time.

When we’re in physical proximity, our mutual tuning-in toward one another actually generates bodily rhythms that make us feel good and gives us a greater sense of belonging. One study found that babies who are bounced to music in sync with an adult display increased altruism toward that person, while another found that people who are close friends tend to synchronize their movements when talking or walking together.

Harry Connick, Jr. gets the crowd clapping in unison.

Because of the pleasurable effect of being synchronized with people around you, the emotional satisfaction you get from listening or watching online is fundamentally different from going to a live performance. At a concert, you can see and feel other bodies around you.

Even when explicit movement is restricted, like at a typical Western classical concert, you sense the presence of others, a mass of bodies that punctures your personal bubble.

The music shapes this mass of humanity, giving it structure, suggesting moments of tension and relaxation, of breath, of fluctuations in energy – moments that might translate into movement and gesture as soon as people become tuned into one another.

This structure is usually conveyed with sound, but different musical practices around the world suggest that the experience is not limited to hearing. In fact, it can include the synchronization of visuals and human touch.

For example, in the deaf musical community, sound is only one small part of the expression. In Christine Sun Kim’s “face opera ii” – a piece for prelingually deaf performers – participants “sing” without using their hands, and instead use facial gestures and movements to convey emotions. Like the line “fa-la-la-la-la” in the famous Christmas carol “Deck the Halls,” words can be deprived of their meaning until all that’s left is their emotional tone.

In some cultures, music is, conceptually, no different from dance, ritual or play. For example, the Blackfeet in North America use the same word to refer to a combination of music, dance and ceremony. And the Bayaka Pygmies of Central Africa have the same term for different forms of music, cooperation and play. 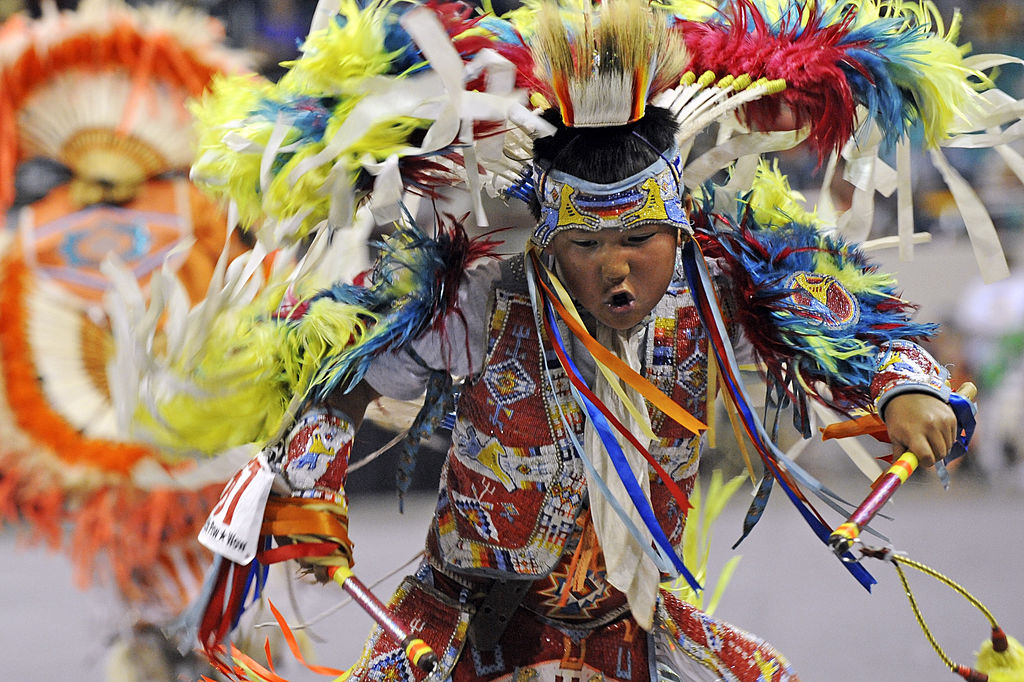 Many other groups around the world categorize communal pursuits under the same umbrella.

They all use markers of time like a regular beat – whether it’s the sound of a gourd rattle during a Suyá Kahran Ngere ceremony or groups of girls chanting “Mary Mack dressed in black” in a hand-clapping game – to allow participants to synchronize their movements.

Not all of these practices necessarily evoke the word “music.” But we can think of them as musical in their own way. They all teach people how to act in relation to one another by teasing, guiding and even urging them to move together.