Skip to content
The Average Income of Concert Promoters 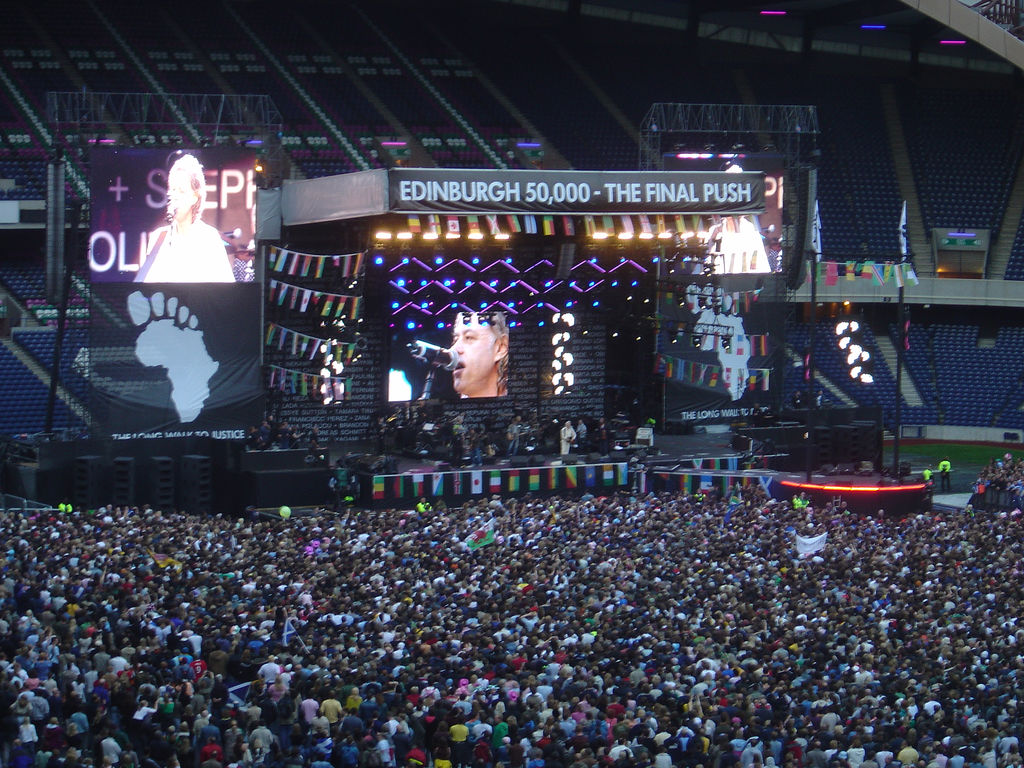 Concert promoters are the primary organizers of a show or festival. Promoters often invest in their own shows, increasing their potential income. Because it is the promoter’s job to make sure that every cost for the show is accounted for and that everyone involved — from the venue staff to the music artist — gets paid, the promoter often gets paid last, after all other costs have been paid. The amount of money that is left for the promoter, though, can be substantial.

The many concerts people see and enjoy, especially in the summer, are organized, scheduled and advertised by concert promoters. They decide which musical groups will attract the largest crowds, book them and promote the events through ads, press releases, social media and the Internet. Some work for concert halls or parks, while others are self-employed. Either way, these professionals usually earn above-average incomes.

How much a concert promoter makes in a year is dependent on whether the promoter works alone or with an agency. For example, concert promoter giant Live Nation earned $5.87 billion in 2015 from concert revenue, according to Statistica.

The Berklee College of Music found that individual concert promoters can earn up to $1 million per year depending on the size of the venues they book, the popularity of the music acts they promote and how many shows per year they produce. The average income for a concert promoter hired by a venue or a club ranges anywhere from $40,000 to $274,000, according to Inside Jobs.

Like advertising and promotional managers in corporate settings, they usually need bachelor’s degrees in business, marketing or event management. Employers also look for candidates who are outgoing, creative and have strong customer service and interpersonal skills.

A concert promoter’s income is usually based on experience and number of show bookings. Those who are employed by concert halls or agents can increase their incomes each year with merit increases alone. Independent concert promoters rely on the number of concerts and patrons, as they get percentages of sales or tickets sold. Geographical region can also dictate salaries for these professionals. For example, the salaries of those in New York and California represent highs for the northeast and west regions. Living costs are usually higher in these two states, or in large cities such as New York City and Los Angeles. Also, larger cities tend to draw more concerts because of the larger crowds, which can have a positive impact on incomes.

The amount of money a concert promoter makes depends on many different variables. The more shows the promoter can sponsor in a year, the higher his salary is. The visibility of the promoter also has to be considered. An internationally known band is less likely to partner with an unknown promoter for a national concert tour, while a smaller regional act may earn less money, but could benefit from a promoter’s services.

The promoter must also take into account other investors and the cost of the show itself. Some of the costs associated with a concert include venue rental, insurance, caterer, staff, security, advertising and the band’s crew and performance fees. A lesser known act may have a dozen staff members to travel with them to a show. A large act has equipment, stage setups and a large entourage, all of which must be accommodated by the promoter. All of these factors take away from the amount of money that a promoter can expect to earn for his services.

As the demand for concerts grows, the demand for concert promoters also increases. Music acts are earning more and more of their income from performances rather than album sales, purring them to travel more frequently to perform in concerts. Concert promoters can take advantage of this by finding several musical acts or record labels to work with and developing a group of investors willing to sponsor the promoter’s events.